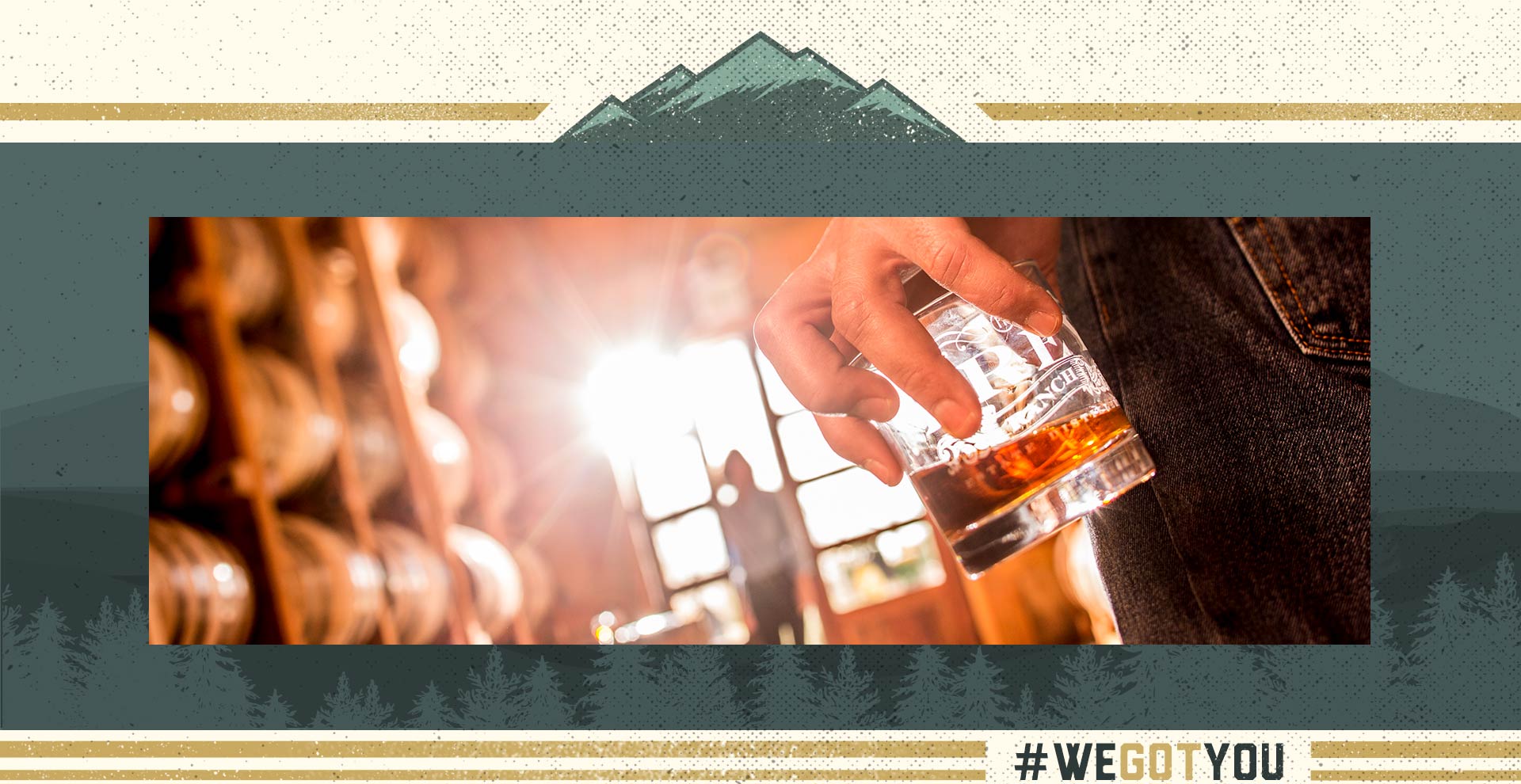 In 2001, the Frey family began creating wines with grapes grown right on Frey Ranch.For more than a decade, Churchill Vineyards Estate Winery has produced high quality white wines such as Gewürztraminers, Semillon Chardonnays and Rieslings in addition to a line of red wines with grapes harvested from another region. In 2013, owner Colby Frey, and his wife, Ashley, set out to build a distillery right on Frey Ranch that would accomplish their dreams of becoming spirit-makers, specifically making vodka, gin and bourbon whiskey. However, while the Churchill Vineyards brand was locally-known, the brand –both in name and appearance –didn’t accurately represent the future of Frey Ranch and would not provide the brand with the national notoriety that the products would deserve.

Since the Freys began working with Chad Antos in 2013, we’ve helped them with brand identity and the initial efforts to market the product locally. However, after growing the brand and gaining notoriety, the challenge became making Frey spirits a staple nationally for craft products and paving the road for the future. Furthermore, because the Freys were focused on building a world-class operation, The Antos Agency focused on garnering the notoriety the brand deserved on a small budget.

The initial task was branding, and the team immediately held a branding session at the farm with key members of Frey Ranch –working to identify core brand characteristics, personality and identifiers. The goal became creating a brand that brought 165 years of farming acumen and custom state-of-the-art distilling methods together to establish the spirits as a premium brand. Additionally, the team was tasked with strategically and creatively displaying the beauty of the ranch along with the authenticity of real farmers.

After creating a brand that was not only recognizable but embodied the heart and soul of the products, the Freys began the spirit-making process, distilling vodka in 2014 and gin in 2015. That brand would be applied to bottles, pop-up displays, the website and distribution materials which would go on to win several awards for the creative team including four Silver ADDY awards, Gold ADDY’s for best packaging, website design, two different photography categories and the 2015 AAF Reno Overall Best of Show. 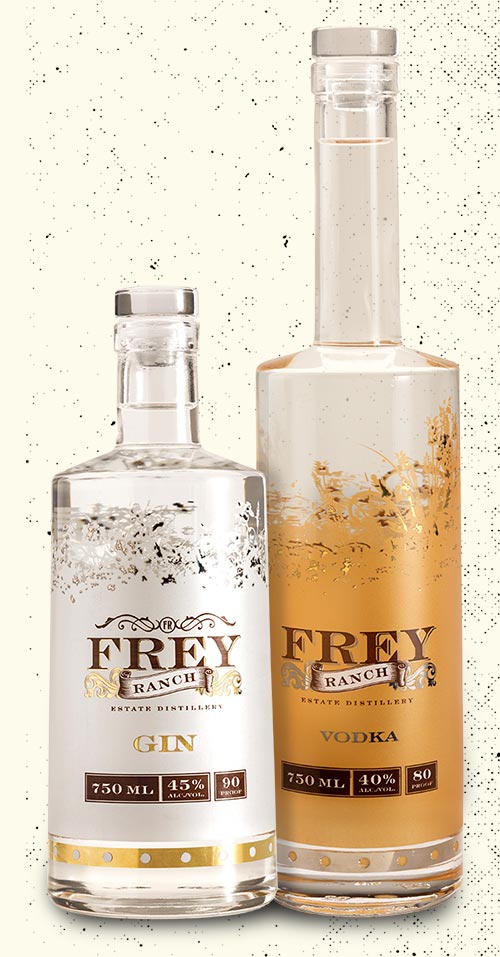 With the brand in place, the public relations team began strategic outreach to consumer and trade media, starting locally and expanding to national media. The team was also able to target key competitions that the spirits should be entered in and, in 2016, Frey Ranch Gin won a double gold medal at the San Francisco World Spirits Competition, one of the most influential spirits competitions in the world.

Shortly after the Freys took home the top honors for their gin, the public relations team began targeting key national media to tour the ranch and sample the products. Meanwhile, the Freys continued to distill superb spirits, releasing barrel-aged gins and reserve absinthes while barreling several different types of whiskies, the first of which was released in November 2019. They were also able to expand their distilling process due to the popularity of the products with the ranch now featuring a 4,600 square-foot distillery including a stillroom,tank room, barreling room, tasting room, barrel house and malt house.